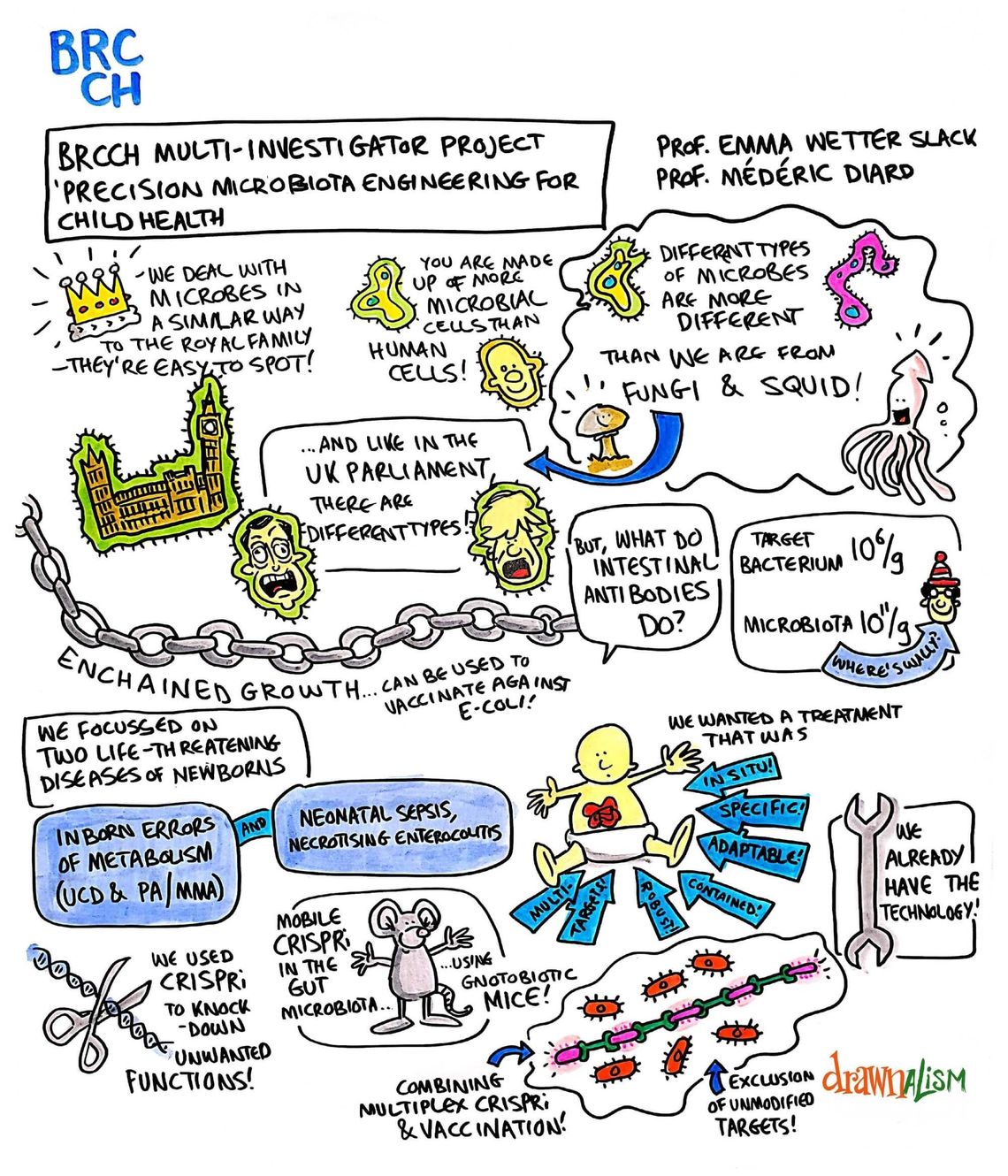 From shortly after birth, your large intestine is colonized by billions of bacteria, which make up your intestinal microbiota. We are only just beginning to understand the extent and the mechanisms by which these bacteria influence child health and development. However, current studies support causal roles of these bacteria in diseases as diverse as allergy and autism.

Despite this knowledge, we still have no accurate medical intervention to "fix" the microbiota. We will change this by developing two tool-sets capable of 1) replacing a "bad” bacterial species by a "desirable" one using intestinal antibodies and 2) targeting individual genes in the microbiota using CRISPR-Cas directly in the gut.

We will initially develop interventions for very serious diseases of newborns, namely inborn errors of metabolism, neonatal sepsis, and necrotizing enterocolitis: these conditions currently have high mortality rates, long-term consequences for child development and limited treatment options. State-of-the-art techniques, including one novel medical imaging approach, will be used to measure exactly how microbiota engineering improves health at a molecular and cellular level. Moreover, since microbiota engineering can be applied across a wide range of childhood diseases, this effort has far-reaching implications for the future of medicine. 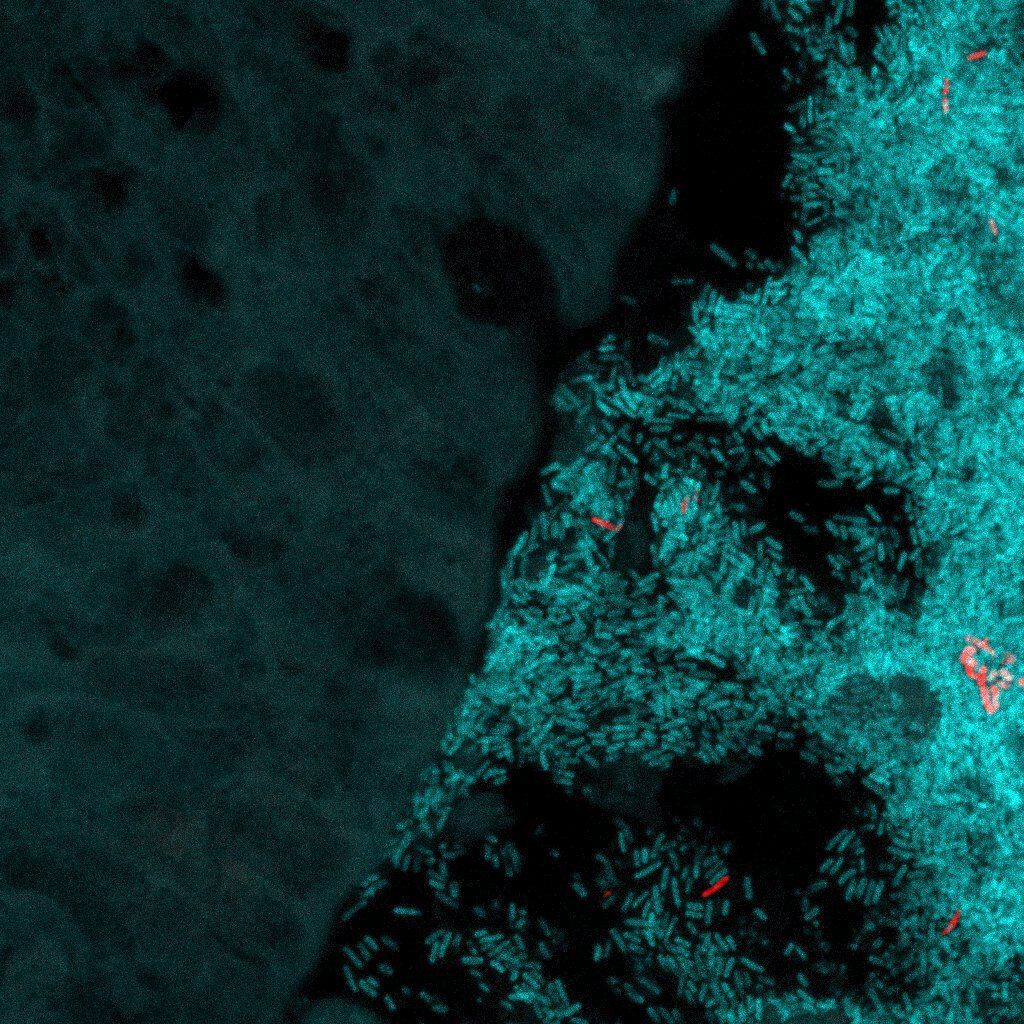 Our current understanding of microbiota population dynamics in the gut is based on the sequencing data or the quantification of certain strains by culture. Although useful for describing semi-quantitative changes in the microbiota composition; these point estimates of bacteria density provide limited information on key microbiota population parameters such as the availability of niches for newly incoming commensals or on the capacity for growth and rate of clearance from the gut lumen.

In this project, we combine neutral-genetic tagging and mathematical models to reveal the dynamics of gut commensal populations within the host. As a proof of principle, we use barcoded strains of the human commensal Bacteroides thetaiotaomicron to explore their colonization potential in the context of an established microbiota and their capacity to overcome acute challenges in the gut environment. Using these tools we can clarify key aspects of within-host population dynamics of commensals and contribute to a better understanding of the mechanisms driving changes in microbiota composition during health and disease. 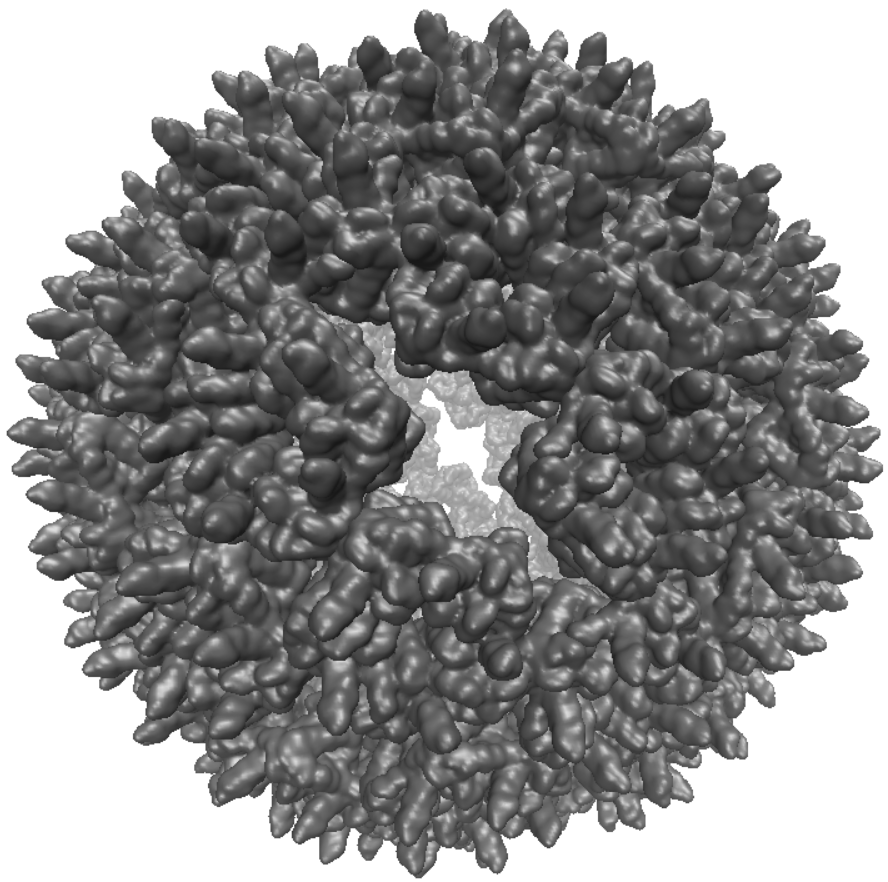 Vaccines are one of the biggest success stories in the history of medicine. Every year they prevent over a million of deaths and protect many more people from disease and its consequences.Vaccines are effective against both viruses and bacteria, and recombinant vaccines targeting protein antigens are generally safe and easy to produce. However, the surface of many bacterial pathogens is densely covered by complex carbohydrate structures, and targeting these glycan structures is the most effective way to prevent bacterial disease. Unfortunately, glycans by themselves are poorly immunogenic, which is why glyco-conjugate vaccines link the bacterial glycan to a carrier protein. The production of the currently licensed glyco-conjugate vaccines is a tedious multi-step-process and is prohibitively expensive for application in livestock or developing countries, where many bacteria still cause a high disease burden.

Bacterial glycoprotein engineering promises to condense this to a single step and thereby to produce glyco-conjugate vaccines at a fraction of the price. The bacteria used for production link the desired carbohydrate structure to a virus-like particle (VLP). VLPs are safe, self-assembling and highly immunogenic nanoparticles that are already in use in humans for over a decade.

In addition to this novel technique of glyco-conjugate vaccine production, we also deploy alternative vaccinations routes that follow the route of infection and therefore could provide earlier and better protection.

To further increase efficacy, we have also recently developed a pipeline for vaccine design that weaponizes rapid bacterial evolution in the intestine. We can generate a vaccine combining all common alterations in bacterial surface structures emerging in vaccinated mice into oligovalent vaccines. This generates an immune response which bacterial pathogens can only escape by making an evolutionary trade-off, typically losing virulence or outer-membrane robustness: we refer to these types of vaccine as evolutionary trap vaccines. 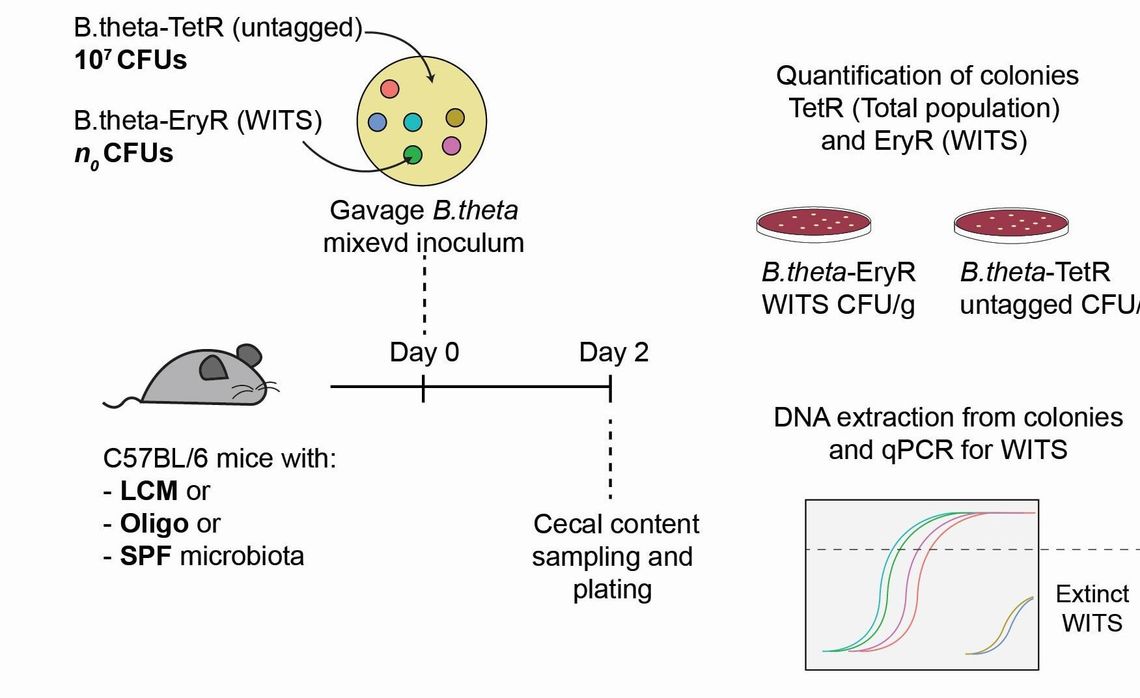 Our understanding of the role of the gut microbiota in health and disease has made tremendous progress in the last decade, largely due to advances in the analysis of metagenomes and -transcriptomes. However, these bulk descriptions of (mostly) fecal communities make it hard to establish causal links, as these are one-off measurements of the product of an intricate interplay between thousands of species and their host. Moreover, the gut microbiota varies not only in time, but also in space along the length of the intestine.

In order to be able to perform hypothesis-driven research on this complex system, we use a gnotobiotic mouse model with a simplified microbiota that recapitulates major functions of the full system. We consider the temporally and spatially variable physiology of the intestine (pH, bile salts, bicarbonate, osmolarity, flow), which has a major influence on the conditions the microbiota faces, and is in turn influenced by the microbiota via secreted metabolites. Diet plays a major role in this, as it has a major influence on host physiology, but also provides the nutrients for the microbiota. In addition, the mucosal immune system plays a major part in this interplay, by targeting some members of the microbiota but not others.

We use carefully controlled in vitro assays to understand bacterial growth physiology under different conditions, and collect data on host physiology under different conditions in animal experiments. Mathematical modeling allows us to integrate this understanding into a dynamic framework for hypothesis generation, and we test these hypotheses in mouse models.

While this research will improve our understanding of microbial ecology in general, it has great potential to be applicable to treat microbiota-related diseases. Microbiota engineering on a strain level (potentially aided by specific prebiotics), supplementation of metabolites or treatments targeted at microbiota-relevant factors in host physiology will become possible once causal links are discovered.